Find a Personal Trainer in Your Area

We think you are currently located in
Ashburn (20147) - is that right?

There has been some controversy in the media surrounding the pre and post-natal exercise regimes that have gained popularity by promoting bikini bodies. So the biggest question seems to be:

Is it good for a woman’s mental health to be so focussed on appearance, shouldn’t we emphasise health instead of appearance?

As a fellow Personal Trainer, with almost 10 years in the industry, and also as a mum of 2, here’s my thoughts on this debate. 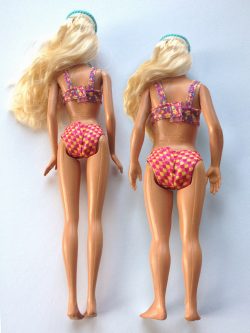 There is already so much pressure in society for women to look a certain way, we are constantly judging ourselves and others based on appearance. Sadly, one out of every two Australian women report they feel worse about themselves after looking at images of attractive women in magazines. This is now being perpetuated by the fitness industry, when promoting a ‘bikini body’ and bombarding women with images of mums with their perfect body in a bikini, it creates unrealistic expectations on what to expect, and puts pressure on already stressed new mums to match up to this standard.

According to studies, only 20% of Australian women report having high body confidence. Most of us blame “unrealistic standards” set by media and advertising as one of the biggest problems. It’s just not reasonable for every woman in the world to look the same, and that shouldn’t be our goal. When you are recovering from the huge ordeal of pregnancy and childbirth, a much more holistic approach is to focus on health and wellness as the goal, and improved body image and composition will be one of the side-effects.

If you DO decide to participate in a post-natal fitness program, that’s great, and we certainly don’t want to discourage you from participating in something that will make you feel good about yourself. Just make sure the provider is thinking about your health and well-being as priority #1. If they can’t answer these questions you might want to look elsewhere.

The first step to getting back your body after pregnancy is strengthening your deep abdominal and pelvic floor muscles so you can regain your core strength and stability. Weakened pelvic floor is a VERY common issue for women post-delivery, and without proper rehabilitation it can cause life-long issues with incontinence and potential prolapse. High impact activities should be avoided until pelvic floor muscles have been trained and regained their strength – at least 12-16 weeks post natal.

Another common issue during pregnancy is rectus abdominis diastasis – separation of the abdominal muscles, which left untreated can lead to chronic lower back pain and postural issues. Many traditional direct abdominal exercises like sit ups and leg raises, should be avoided completely as they can exacerbate the issue. After a few weeks of gently activating and strengthening the deep abdominal muscles you should start to feel stronger and more stable through your core and pelvis.

Another issue that is often neglected is the huge postural changes that occur with pregnancy. Anterior pelvic tilt, rounded shoulders and forward head posture are very common and are due to overly tight and shortened muscles in the chest, hip flexors and lower back, along with weakened and lengthened muscles in the abdomen, upper back and hip extensors. Intentional stretching of the tight muscles and strengthening of the weak muscles is crucial to help bring the body back into alignment and reduce chronic pain.

If you are only focussed on weight loss and the way you look, it can be easy to overlook these important health issues, which over time can have considerable negative impact on your health and wellbeing.

While exercise is crucially important for all people, in every stage of life including post-natal, there is constant pressure for women to act and look a certain way. Women are being shamed and criticised for exercising too much and neglecting their baby, women are criticised for not exercising enough and neglecting their health. Women are judged for eating too much or not enough, or eating certain foods they shouldn’t. Women are judged if they focus too much on their appearance and not enough on their health. Enough already! Let’s stop with all the judgement and criticism, and focus on what’s important = Women’s physical and mental health.

Exercises to prevent lower back injuries

Lower back injury and chronic pain is a common complaint. Over time long periods of sitting can cause overly tight lower back muscles and poor posture, increasing risk of injury. Because of it's position and role in certain movements, the lower back is subject to injury while lifting heavy objects, twisting,…

Is your smartphone killing your neck?

Did you know that looking at your smartphone or tablet can double or triple the weight of your head and can strain your neck? If you are reading this article on a cell phone or tablet, you are probably doing it right now: tilting your head forward and down in…

Benefits of Corporate Fitness for employees

There are MANY benefits to exercise. Everyone understands that exercise helps with maintaining a healthy body weight, it increases physical abilities in cardiovascular endurance, muscle endurance and muscle strength. But there’s SO much more that exercise does for you. Let’s specifically talk about some ways that exercise can benefit employees…

What does having 'rounded shoulders' mean? Rounded shoulders are a very common postural issue. You've probably seen someone with a very bad posture with their shoulders slouching forward. Having rounded shoulders means that your shoulder position has moved forward from its ideal alignment. In general, having poor posture habits is the…

Our expertise and success stories have appeared in:

Our Personal Training services include:

We service over 2000 suburbs around Australia with some or all of these services. 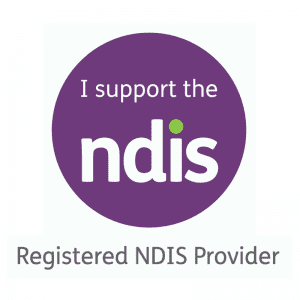 PT for people with a disability 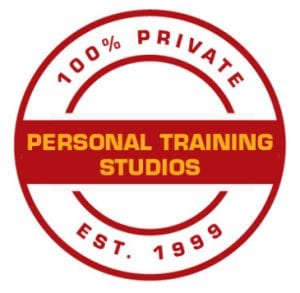 Simply fill out your details and we'll send you your first one.